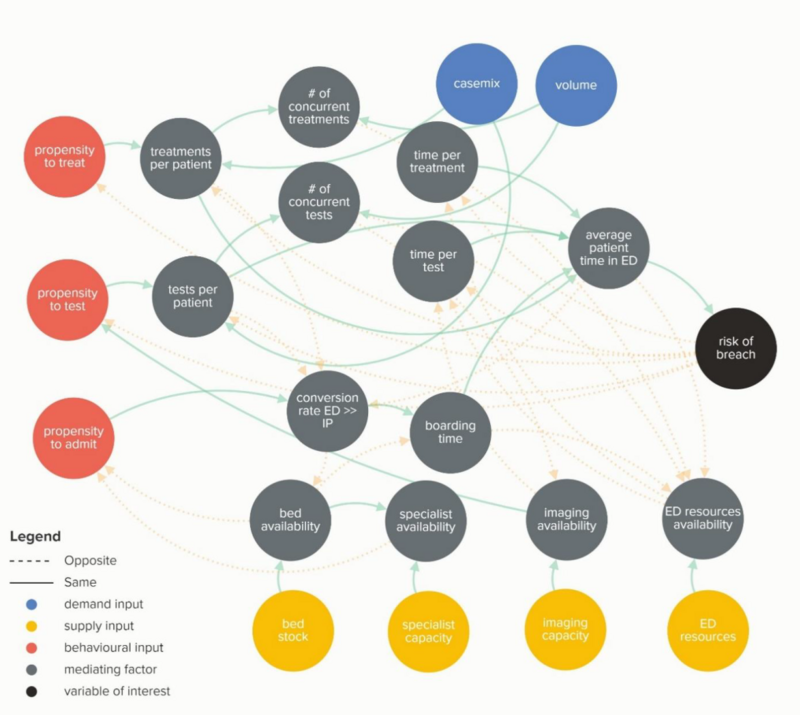 Waiting times in A&E have become the defining healthcare performance issue of our time, much like elective waiting times and hospital acquired infections have been in the past.  Since 2004, the NHS in England has sought to ensure that patients spend no more than 4 hours in Accident and Emergency Departments.  In recent years reported performance has deteriorated and, in the winter of 2017/18, almost one quarter of attendances at major A&E departments breached the target maximum duration.  The decline in performance has been steady, sustained and almost ubiquitous.

Attempts to restore performance levels have waxed and waned whilst the media’s interest in the target continues to grow.  In 2018, NHS England announced plans to review all constitutional waiting times targets, reopening the intense debate about the value and impact of the 4-hour A&E target.

Whilst there is no shortage of commentary on the subject, there have been few detailed analyses of the factors that are driving increases in A&E attendance durations and 4-hour breaches.  In the absence of clear causal explanations, responsibility for ‘poor performance’ is often levelled at A&E departments, with implications of poor management and inefficiency.

This report presents a detailed review of the demand-side, supply-side, practice and emergent factors that lead to 4-hour breaches with a particular focus on changes that have taken place since 2010.  The report reviews both commonly cited causal factors and a range of more novel hypotheses.  It sets out the causal theories underpinning each factor and seeks statistical evidence in support of them.  Finally, the analysis scales the relative impact of each causal factor and aims to provide an explanation for the recent deterioration in A&E waiting times within the limits of national datasets.  New insights emerge which have the potential to reshape the received wisdom about the performance of A&E departments, carrying important implications for healthcare policy and system leadership.