The impact of social care on demand for urgent hospital care: have we reached a consensus?
Blog post
9th September 2021 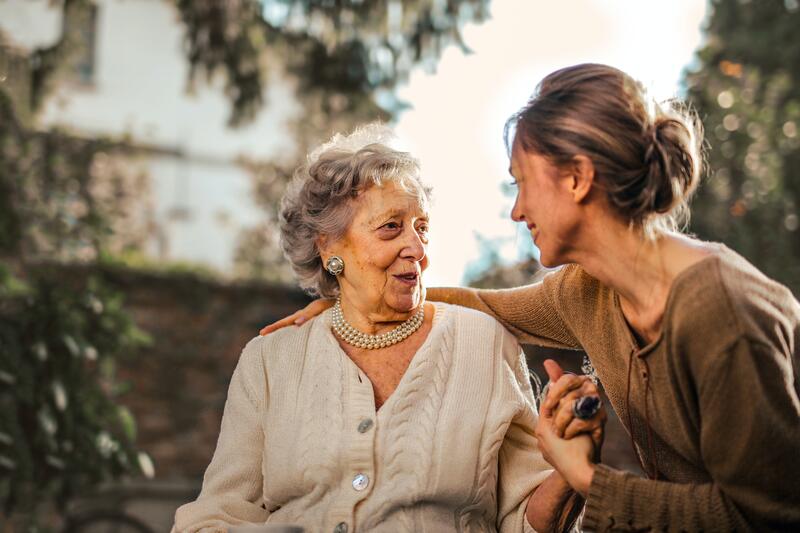 Photo by Andrea Piacquadio from Pexels

The care home COVID crisis and the effects of longstanding staffing and funding shortages has meant that social care has featured heavily in the media over the last 12 months.

The NHS looks on with sympathy, but also worries about spill-over effects.  In 2015, the King’s Fund reported that 9 in 10 NHS Trust finance directors felt that cuts to social care budgets were adversely affecting NHS services.  It was certainly true that government funding for social care had been cut.  Council social care spending on older people fell by 22% per head in real terms between 2005 and 2015.  But were finance directors right to connect these cuts with hospital pressures?

“evidence on the discharge side exists but is not very clear.”  And that “robust evidence on the effects of social care cuts on hospital admissions is missing.”

But the evidence base moves on, and since this review, three studies have been published that explored the admission theory in detail.  In 2018, the Institute for Fiscal Studies (IFS) examined the relationship between government social care funding, A&E attendances in older people and subsequent admissions.  In 2019, the Strategy Unit, with partners at the Universities of Birmingham and Bradford considered effects on emergency admissions in older people and a subset that are regarded as particularly avoidable (ambulatory care sensitive admissions).   And last year, the University of York looked for effects on emergency admissions for hip fractures, falls and for those of an extended duration (7+ and 21+ days).

None of the three studies found evidence of a relationship between social care spending and emergency hospital admissions in general, or for any of the specific types of admissions considered.  This is surprising, counter-intuitive and therefore worth repeating – three independent studies found no evidence that the recent cuts to social care budget led to increases in emergency hospital admissions.  The three studies used subtly different methods, considered effects over different time periods, lagged effects, and used different control variables.  That they all reached similar conclusions should give us greater confidence in the findings.

So where does this leave us?  What does it tell us and what questions remain?

First of all, policies, such as early versions of the Better Care Fund, that invest in social care as a means of reducing emergency hospital admissions are misguided.  Instead, the case for increased funding for social care should be made on the intrinsic merits of social care.  The evidence base for social care is somewhat limited, but on balance it suggests that the provision of social care leads to quality of life benefits.  And the NHS should be concerned about cuts to social care, not because of spill-over effects, but because social care staff are our colleagues and we have the privilege to support the same patients.

Whilst the studies found no effect of social care cuts on emergency admissions to date, it does not necessarily follow that the same would be true if further cuts are made.  These effects may only cut in at a certain threshold that has not yet been reached.

The studies all measured the impact on the supply of emergency hospital admissions, not on demand.  One possible explanation for the finding is that cuts did indeed lead to increased demand, but that admission thresholds rose to compensate, because hospital bed occupancy rates were so high and there was no funding to increase bed capacity.  Note that IFS did find that cuts to social care budgets led to a modest increase in A&E attendances: a form of emergency healthcare that is more difficult to cap.

Do these three studies represent a consensus?

If patient-level studies also found no effect, then this presumably would be the nail in the admission theory coffin.  Studies that explore the mechanisms by which social care does or does not lead to increased demand for urgent healthcare would help us reconcile the results of these studies with our intuition.  And whilst the evidence for the ‘admission theory’ has moved on, less attention has been paid to the ‘discharge theory’.  As delayed transfers of care begin to rise after the COVID pandemic, further research into the role of social care funding is warranted.

Crawford R, Stoye G, Zaranko B, The impact of cuts to social care spending on the use of Accident and Emergency departments in England, IFS Working paper 18/15, 14 June 2018.

Decisions to admit patients are not solely determined by clinical risk