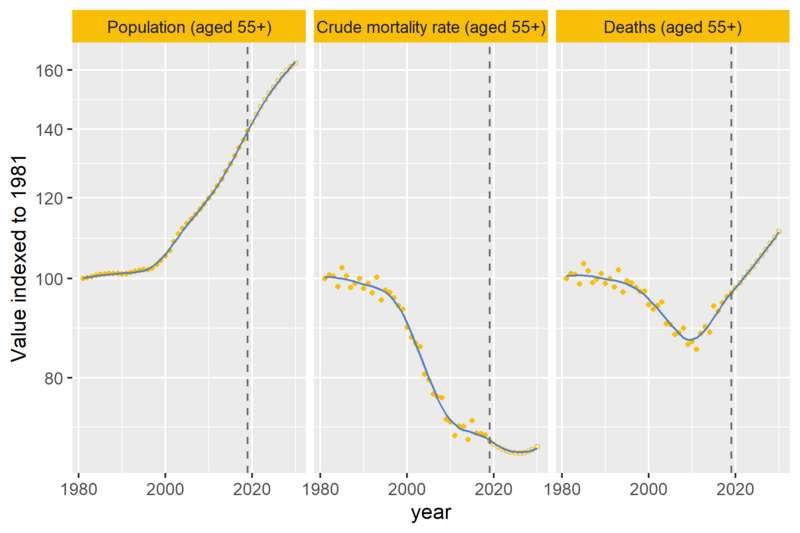 In our recent analysis of healthcare use in the last 2 years of life, we point out an important change that’s taking place to life and death in the UK.

Since the mid 1970’s the number of deaths that take place each year reduced, despite the fact that the population was growing and aging.  Earlier this decade the trend slowed and reversed and the Office of National Statistics (ONS) anticipate that the number of deaths will continue to increase for many years to come.  This has substantial implications for health service planning and delivery.  Service use tends to increase as people near the end of their lives.  All other things equal, the larger the number of people dying in a population in a given year, the greater the demand on health services.  Our report explores these impacts in detail. 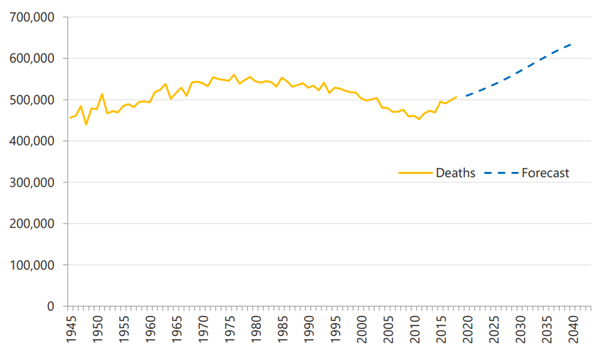 But why are deaths set to increase?  What has changed that has caused these long-term trends to reverse?

Why are deaths set to rise? Click here for animation

- Between 1981 and 1997, the population increased only marginally, and mortality rates reduced at a similar rate, so the number of deaths per annum changed little;

- Between 2010 and 2019, the population continued to grow, but reductions in mortality rates slowed, so the number of deaths per annum began to rise;

So the key seems to be that having fallen rapidly for many years, crude mortality rates in older people have slowed and are set to slow further.  This slower rate of mortality rate improvement is no longer enough to offset the growth in the number of older people.

It’s worth noting that the trends in crude mortality rates also hold when we look at each age group in turn.  The effects are less marked in the very oldest age groups, where the population is growing at the fastest rate. 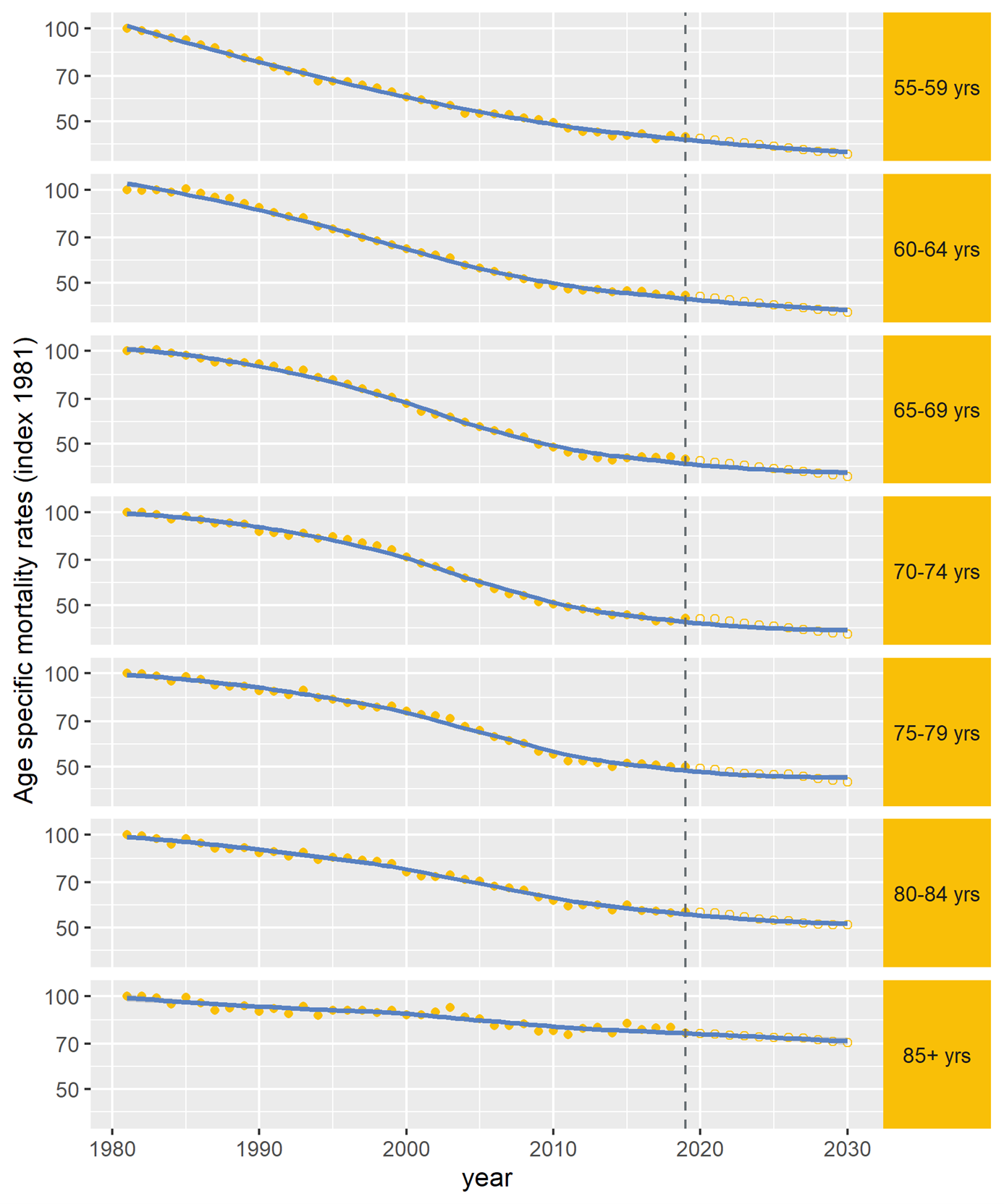 This poses another and more challenging question.  Why are mortality rate improvements slowing down?  This topic has generated considerable debate and controversy. The principle, often competing, lines of argument seem to be:

- That recent influenza strains have been more virulent and in some years, the flu vaccine has offered only limited protection;

- That this phenomenon is driven by the recent period of austerity and cuts to public services and is therefore reversible with the right policy interventions;

- That historical improvements in mortality rates were primarily driven by reductions in premature CVD mortality.  This was achieved by reducing the prevalence of risk factors such as smoking and improving primary care disease management.  Over time, opportunities for further improvement diminish;

- That the slowing of mortality rate improvements are inevitable as people increasingly reach the upper limits of a natural lifespan for our species.

We offer below some selected further reading for those who wish to explore these and other arguments in more detail.

Kings Fund, Why have improvements in mortality slowed down? Nov 2017. https://www.kingsfund.org.uk/blog/2017/11/improvements-mortality-slowed-down

Kings Fund, Why are improvements in life expectancy slowing in the United Kingdom and across Europe? May 2020. https://www.kingsfund.org.uk/blog/2020/05/improvements-life-expectancy-slowing-UK-europe

ONS, Excess winter mortality in England and Wales: 2017 to 2018 (provisional) and 2016 to 2017 (final), Nov 2018.  https://www.ons.gov.uk/peoplepopulationandcommunity/birthsdeathsandmarriages/deaths/bulletins/excesswintermortalityinenglandandwales/2017to2018provisionaland2016to2017final 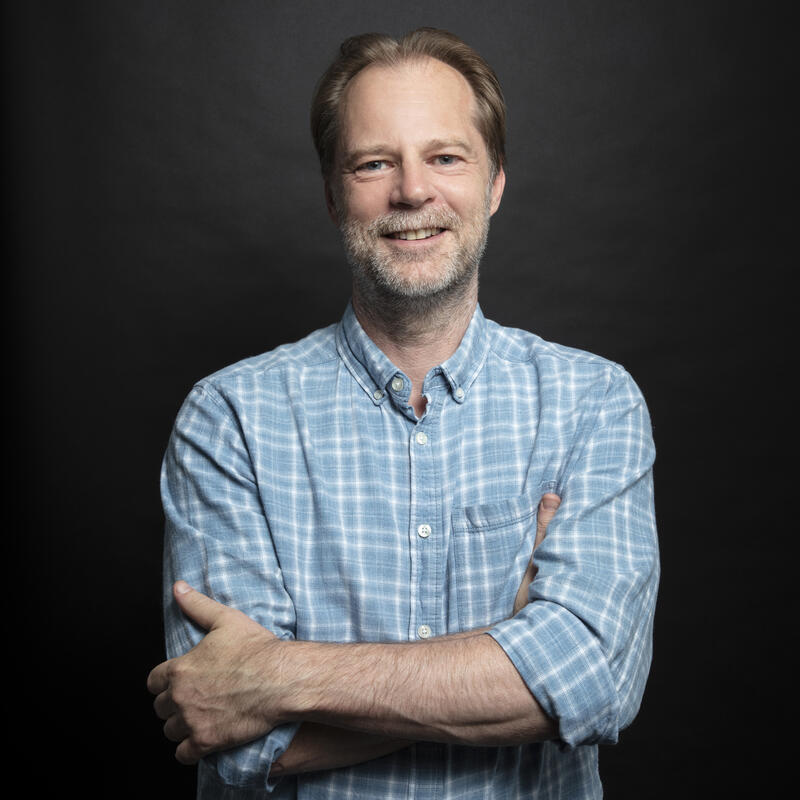 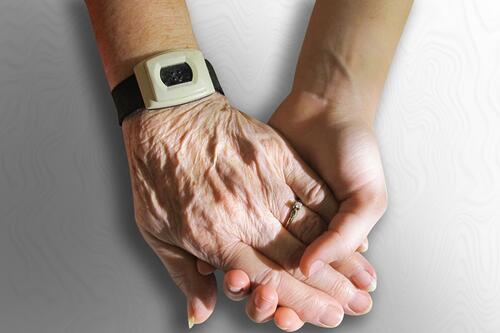 Palliative and End of Life Care in the West Midlands 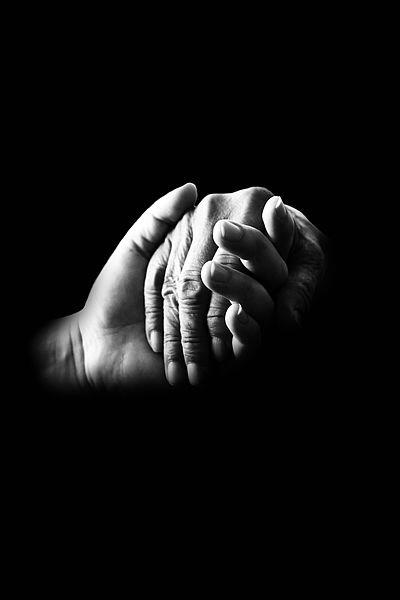